I had the pleasure to work with Kay and I was really happy with the results. Not only was I able to get fast service but also got professional and honest advice that was definitely taken into consideration when getting my insurance quotes. I would not hesitate to recommend her to family and friends because I know she will take care of them. Thanks again Kay.

Off to a rocky start, after switching provider after 30+ years, but received superior service from Sara. She went the extra mile to insure timely efficient and friendly service, working with insurance company to insure coverage was there when I needed it. She truly jumped through hoops to make me happy.

Tracey L. is amazing! The lawyer for our condo builder had very unusual demands for our insurance policy and Tracey managed to make every single one of them a reality for a fair price. Beyond impressed with our experience working with her.

I'm a new client so I can't opine about the services provided yet, but I do want to review and highly recommend Mrs. Jessica Griffin for the excellent customer service provided to me. She was so kind even though I took forever to actually get my motorcycle insurance and with my contact method preferences. She's very patient and helped me through the whole process, always carefully explaining what needed to be done. If you are thinking about getting a new insurance with Leibel Insurance Group, I'd definitely suggest you to call her.

Bobby gave me a great quote, shared all the right details to consider, was very efficient and made everything easy to understand. I cannot rate him highly enough. Hands down he provided the best over the phone consultation of all of the quotes I got from insurers. Great job!

Director and Officers Liability: Not Just for Large Corporations

Directors and officers liability insurance is a common expense for major corporations. They understand their top people wield a great deal of power and have a lot of responsibility, and that can extend to relationships with customers, employees, and other companies. D&O insurance protects these officers and the company from legal repercussions that result from actions of top company officials. However, even midsized and some smaller companies in Alberta should consider this kind of protection, because lawsuits are a distinct possibility in today’s litigious world. Let’s look at an example involving companies A and B. 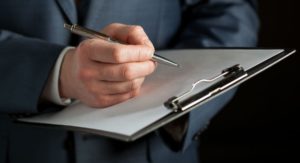 Company A was enjoying its newfound prosperity. Six months ago they hired an exceptional young man to take over their Vice President of Operations position and he made some major changes that yielded a number of positive results. They now had many more customers and company profits had never been higher. Then one day, a major problem developed. Company B was suing company A and their new officer for theft of classified business information, customers, and intellectual property.

In the lawsuit, company B alleged that their previous company director left and took sensitive information with him when he joined company A. Some of the information concerned proprietary formulas and materials in which company B had patents and exclusive rights to. That is the reason for company A’s recent success and this caused severe hardship for company B.

Company A was in major trouble. Because they were a mid-sized corporation, the owner did not believe that they needed directors and officers insurance. Company A believed that their umbrella insurance policy would cover issues like these, but it turned out they were wrong. In fact, the new VP of Operations was guilty of theft and fraud and the lawsuit dealt an enormous blow to Company A. They never recovered and eventually could no longer stay in business.

For Your Sake, Don’t Wait!

Find out how much you can benefit from switching today.