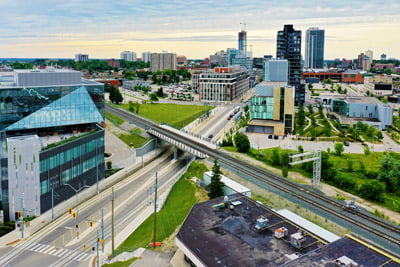 If you live in or are planning on moving to the thriving metropolitan area in Kitchener, Home Insurance is going to be a primary concern. At Leibel Insurance, we’ll discuss your home insurance wants and needs and factor in how you can benefit and save using one of our partnered home insurance providers. Call (866) 484-8880 now to speak directly with an Insurance Specialist about Kitchener Home Insurance or complete a no-pressure no-obligation quote request form.
Compare & Save
Let Us Do The Work for You.
Get Your Quotes From Our Top-rated Insurance Brokerage.

Insurance for your Kitchener Home

There’s a lot to love about Kitchener-Waterloo. In fact, both cities are in the top ten for population and economy in Canada! The surrounding area has so much to offer that it’s frequently referred to as the Toronto-Waterloo Corridor. 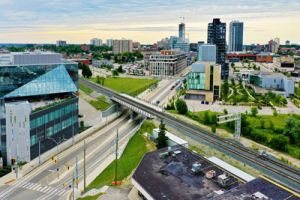 Kitchener is the 10th largest city in Canada

Kitchener is the 10th largest city in Canada and the largest city in the Waterloo region. It’s located in the Grand River valley, an area that was originally home to many Indigenous groups, including Mississaugas, Natives, Hurons, Ojibwa, and Haudenosaunee tribes.

It was named after the German city of Kitchener (sometimes spelled Kitchner), which itself takes its name from a town called Küchengarten (which means “kitchen garden”) near Frankfurt am Main, Germany.

The insurance market in Ontario is government regulated

The insurance market in Ontario is government regulated. The provincial government sets the rates, minimum coverage, maximum coverage, and deductibles for every insurance policy sold in the province. For example, suppose you have an auto policy with a $500 deductible, and you get into an accident this year and make a claim on your home insurance. In that case, it will be limited to $500 because that’s what the province has set as its minimum deductible for auto policies (and home policies).

The province of Ontario has its own Insurance Board. It sets all policies for home insurance—except for Quebec and Manitoba, which have their boards (and Quebec requires you to have a minimum of $100,000 worth of coverage).

As such, there are four main types of coverage: property damage, liability protection (which covers legal costs if someone is injured on your property), additional living expenses if your house becomes uninhabitable due to an insured event (like fire), and personal possessions inside the home (like furniture).

There are also two types of premiums that apply to different types of policies: replacement cost value or actual cash value (ACV). ACV means that when you file a claim after an insured event occurs, your insurer will reimburse you based on what something currently value versus how much it would cost today to replace it—and this can sometimes mean paying less than what an item costs now.

Compare & Save
Let Us Do The Work for You.
Get Your Quotes From Our Top-rated Insurance Brokerage.

Not directly affiliated or officially endorsed by Teamsters

Let Us Do The Work for You.
Get Your Quotes From Our Top-rated Insurance Brokerage.