Words cannot accurately describe the superb level of service I have received from Susan Bremner. Without a doubt, Susan has always had my family's best interests at heart and it is so very impressive at the due diligence she takes in reviewing our policies annually to make sure we have the coverage we need at a price we can afford. There has never been a time when she hasn't made me feel like a priority no matter how busy her day is. Leibel is so extremely lucky to have Susan and I hope for their sake they know it! Count your chickens Leibel cause this bird has hatched! Thank you Susan! PS...If google would let me give 10 stars I would cause you are off the charts!

Tarah was amazing to deal with. Very helpful and was very prompt replying to any questions I had. I came from Ontario and since she’s always licensed in Ontario she went out of her way to get my information rather than myself having to get it from my prior insurance companies. The whole process with her took only two days in total. 10/10 Would recommend.

My husband and I have our policies for auto and home through Leibel. Erin is an amazing help, she is always happy to assist my requests - no matter how much work it is! I know I can be a handful to deal with but she makes it seem like she is always happy to help. I think my favorite part is her response time - I ALWAYS know she will get back to me in a timely manner! Her help is always appreciated.

When we realized our existing insurance renewal had a significant price hike, we decided to shop around. I found Leibel Insurance online with really good ratings and decided to give them a call. I spoke with Cassandra who was able to provide us with a quote significantly lower than what we had been paying. She arranged our car insurance quickly and easily. I am definitely impressed and will recommend them to friends and family.

Andrea K is a fantastic insurance broker! She is very knowledgeable about the various insurance companies and excellent at explaining what coverage I needed. She even went above and beyond to save me money on my car insurance. The financial manager at the dealership I was buying my car through was even impressed at how promptly she sent over the insurance information and how thorough she is. I would highly recommend her! 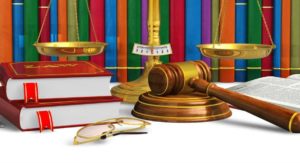 Most Alberta business owners are aware of the need for General Liability Insurance. When you think of this kind of coverage you may have images of a customer slipping and falling in a local store and then suing the owner. However, there is much more to liability than that, and if you operate a business you may be taking a great deal of risks that you are not currently unaware of. In fact, those risks could be severe enough to jeopardize your entire financial future. Let’s check out an example.

Henry D runs a local hardware store and receives a great deal of competition from another hardware store that recently opened up, just a few kilometers away. Henry heard that his competitor was saying bad things about his store. However, he had no real evidence to back it up. Finally Henry got tired of this problem and decided to do something about it. He posted an ad in the local newspaper declaring that his competitor was guilty of malicious gossip and slander and warned the public not to pay any attention to these matters.

This turned out to be a big mistake, because Henry could not prove his allegations, but his competitor had printed evidence that Henry was guilty of libel. Later, the competitor filed a lawsuit claiming that Henry had damaged his business and caused him a great deal of problems, with the newspaper ad.

When Henry checked his Business Liability Insurance policy, he noted that he did not have coverage for advertising injury. After a long legal battle and a great deal of legal bills, Henry was exhausted and so were his finances.

What Could Henry Have Done Differently?

Naturally, Henry needed coverage for advertising injury claims, but he was unaware of its importance. Also, Henry used an insurance company that specialized in personal auto and home insurance. They were ill equipped to give him what he needed for his business. He should have used a trained and experienced business insurance professional to give him expert advice on his risk factors, and the right kind of insurance coverage. A competent insurance professional would have helped Henry evaluate all of this business liability needs.

Questions about coverage? Contact your broker at Leibel Insurance today!

For Your Sake, Don’t Wait!

Find out how much you can benefit from switching today.

Call Us
Email Us